One of the most frequently cited oppositions to homeschooling is the lack of ‘socialization.’ In this third installment of the four-part series Is Homeschooling Unfair to Children?, we look at what people mean when they ask this question, how homeschooling actually prepares students for interacting with others in the real world, and what to do about all those experiences they’re ‘missing out on’.

Does your homeschool lack ‘socialization’?

When people ask, “But what about socialization?”, they usually mean how are your children learning to get on with others? I will address this question in a moment, but first, let’s consider the broader meaning of socialization.

Dictionary.com defines socialization as: “a continuing process whereby an individual acquires a personal identity and learns the norms, values, behavior, and social skills appropriate to his or her social position.”

Another online dictionary defined it as the “process by which individuals acquire the knowledge, language, social skills, and value to conform to the norms and roles required for integration into a group or community. It is a combination of both self-imposed (because the individual wants to conform) and externally-imposed rules, and the expectations of the others.”

This definition perfectly describes my experience of school (pre-university) and is also another factor in why we chose to homeschool our kids. Some of my earliest memories—going as far back as preschool—are of trying to fit in.

Even at four years old, I was doing things that I knew were wrong because I so badly wanted to have friends.

Due to family issues, I changed schools three times in as many years at the beginning of my elementary school education. Each new school presented a new set of challenges and social norms.

At some of them, I was “too smart”; at another “not smart enough.” At one, I wasn’t disobedient enough to fit in with the cool kids, at another, I was far too disobedient.

I had a very difficult time cultivating real friendships, and it’s no wonder: I had no idea who I was.

I was willing to be whoever—whatever—I had to be in order to make people like me. Whatever that meant.

It wasn’t until university that I finally gave up trying to fit in and just decided to be myself, which actually required more effort than you’d think, for I had no idea who I really was.

I’d tried so desperately to conform to everyone’s expectations—or my perception of their expectations—that I didn’t know what I liked, what I believed in, what I wanted. It took me a while to figure it out, but once I did, everything began to change.

I developed a personal sense of identity and discovered that I had a lot more to offer the world than I’d previously thought. I finally began to build authentic friendships with people who actually knew me because I wasn’t afraid to be myself.

Who are you, anyway?

This is my hope for my children: that they would be granted the opportunity to figure out who they are before anyone else has a chance to decide their identity for them.

When my oldest daughter was three, I already saw signs that she was willing to conform her personality to match those around her.

Knowing how long it took me to recover from that, I wanted better for her. I wanted to give her the space and freedom to explore her own personality, gifts, talents, and interests before experiencing social pressure to be someone she was not.

Six years in, this isn’t much of a concern for me anymore. My two homeschooled children have their own well-defined and unique personalities. They know exactly who they are and I think anyone would be hard-pressed to convince them otherwise.

They are confident, self-aware, and passionate in the pursuit of their own interests. Just as importantly, they inspire their friends to the same. They do not try to pressure their friends into conforming to their own standards; they have learned to be respectful of the differences that each person brings to the table.

Again, I’m not insinuating that school does not produce such individuals. I have friends who had wonderful experiences in school and who were having their own meaningful impact on the world from a very young age; I just wasn’t one of them, and when I saw the same people-pleasing qualities in my daughter that I saw in myself, I knew I wanted to offer her a different approach.

In the intervening years, I’ve come to realize that the choice of schooling method has less to do with this than does the strength of the family relationships.

When I look back at the people I know who had strong senses of selves from an early age, who knew who they were and where they belonged, and that they were loved—they were people who came from families that intentionally promoted these values.

Their parents affirmed them and supported them and took an interest in all areas of their lives. When that foundation of self-identity was in place, the pressures to conform to the external world held lost much of their power.

But what about all the experiences they miss out on?

A common myth about homeschooling seems to be that homeschooled children are isolated. I guess this does happen in some families/locations.

Our experience of homeschooling has been quite different though. Our problem has not been a lack of opportunities for homeschoolers to get together and work together in different situations, but rather an overwhelming abundance of them.

From co-ops to community classes, informal and formal homeschooling communities, group field trips, and in-person and online classes in any subject you can imagine, homeschoolers have a rich array of interactive endeavors from which to choose.

Not only that, but they have the opportunity to spend lengthy periods of time with their friends’ families, just ‘doing life’ together.

Also, one of my favorite things about homeschooling is that my children spend time with a large variety of people from different walks of life. They are equally comfortable spending time with our three- and five-year-old neighbors as they are with teenagers and family friends in their sixties and seventies.

I remember several years ago, my five-year-old daughter would list among her best friends two of my friends who were, at the time, forty and seventy, respectively.

They have a rich life that is made even more so by their interactions with all the different people they have a chance to spend time with.

Problem-solving and getting along with other people

I find it hilarious when people ask, “How do they learn to get along with kids other than their siblings?”

Am I the only one whose children fight with each other multiple times per day?

I would say that being with one’s siblings so much is a perfectly respectable training ground for conflict resolution.

Also, because of the close relationship that often develops between homeschooled children and their parents, the parents have plenty of opportunities to teach their children about conflict resolution. (I’m not saying this always happens, but the opportunity is there).

These skills learned in the home are transferable as well.

I was so impressed the other day when my two daughters experienced a conflict with a friend. They discussed together how they were going to deal with it, and then the younger of the two asked me if I would talk to the friend for her, as she didn’t think the friend would listen to her.

Her older sister interrupted and said, “No, I’d rather talk to her myself. I need to learn to deal with situations like this.” Later, when she saw her friend, she pulled her aside and talked through the problem with her.

Unless homeschooled or unschooled children are kept in total isolation, there will always be opportunities for them to experience conflict and learn how to deal with it.

This post is the third in a four-part series entitled Is Homeschooling Unfair to Children?

Sophie Agbonkhese is a writer, homeschooling mother of four, and a recovering overachiever (who occasionally relapses). She is the founder of My Cup Runs Over, a site dedicated to helping busy women simplify and enrich their lives. When she’s not writing or debugging websites, Sophie spends her time reading, dancing, bullet journaling, reading, gardening, listening to audiobooks, and striving fruitlessly to have a clean house for at least five minutes. 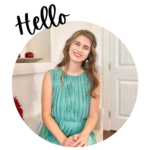 Welcome to My Cup Runs Over, where I help overly busy women slow down, discover their passion and purpose, create balance, accomplish their goals, and intentionally pursue the most meaningful lives they can dream up. I’m glad you’re here.

This site contains affiliate links including, but not limited to, those from the Amazon Associates program. When you purchase something using a link on this site, we earn a small commission. Read our full disclosure here.

Thank you for helping us keep this site up and running! Your support is greatly appreciated.